How Air Conditioning Changed the World

May 21, 2019 by Theresa Steele in Air Conditioning, Whole Home Performance 602

For centuries, people looked for ways to control the weather. The Roman emperor Elagabulus sent slaves to bring snow down from the mountains and pile it into his garden. Elagabulus hoped the Summer breezes would carry cooler air inside. The invention of modern air-conditioning likely did more than just cool buildings. A good number of social scientists and historians believe air-conditioning may have actually changed the world! Here’s how:

Air-conditioning contributed to the dominance of American manufacturing. The first air-conditioner was designed to remove humidity which interfered with four-color newspaper printing. The Sackette & Wilhelms Lithographing and Printing Company hired an engineering firm, Buffalo Forge, to solve the problem of paper which wrinkled during Summer heat. Buffalo Forge handed the project to a young engineer, Willis Carrier. When Carrier’s solution solved the production problem, his innovation was soon being sold to flour mills, too.  Early on, the Gillette company installed Carrier’s technology to keep their new-to-the-market innovation, the razor blade, from rusting in Summer’s hot, sticky weather. While world-wide manufacturing competitors were forced to shut down during Summer heat, American companies churned out products year round. American manufacturing dominance emerged.

Population demographics shifted. In the United States, air-conditioning contributed to the rise of the Sun-belt South. Before indoor climate control, only about 28% of Americans lived in Southern states from Florida to California. Today, nearly 40% of American call this region home. Political scientists note that, not just the population, but the political balance in the Sunbelt shifted. Once air-conditioning tamed Summer’s extreme heat, scores of retirees fled the frozen North. Bringing their more conservative political ideas with them, these older American happily relocated where they could enjoy warm Southern winters. Some political scientists make a compelling case that Ronald Reagan might not have been elected without the shifts brought about by air-conditioning! Around the world, nations like Dubai and Singapore successfully battled the extreme heat, and rose to prominence. 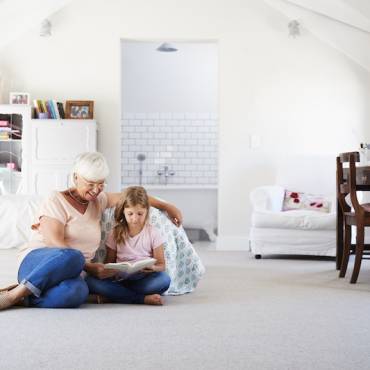 Use Your HVAC System to Keep your Family Healthier

What is Home Performance?